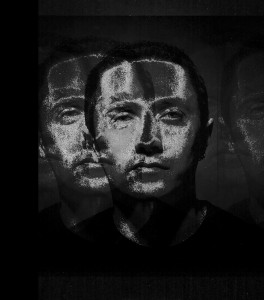 I was Born in Normandy, France in 1972.As a child, I soon was sensitive to arts and especially drawing.I studied fine arts in highschool and later on entered CFT Gobelins Animation School in Paris where I got graduated from in 1994.
I worked on several animated features films such as « Balto« (Universal UK) and also early Dreamworks productions(« Prince Of Egypt », « Road To El Dorado« ) in Los Angeles.
I came back home in 2000 and worked ever since as visual development artist and character designer on various shows.
By 2004 as the computers took over, I stepped on video editing on personal side projects, encoding and archinving super8 films and rare VHS tapes, progressively heading towards conceptual and exprimental video works.I eventually got involved in Vjing and live audio/video peforming.My range of action progressively became more surrealistic, abstract and glitch oriented.Obsessed by the error aesthetics, I let the machines do the talking, considering the device becomes the artist and the artist the medium. 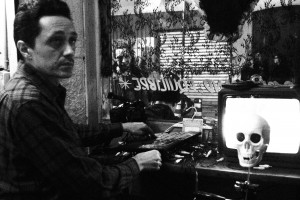